The Designer Behind Elizabeth Christina Design.

Just a few of the phrases used to describe the national & international award winning designs by milliner & owner of Elizabeth Christina Design Tina Hemlock Coyne. Having studied Fashion Design and spending 18 years as a visual stylist Tina's journey into millinery started after designing her own bridal headpiece in 2012. She has trained with Irish and international milliners. Her love and passion for millinery led her to launch her own millinery business under her full birth name Elizabeth Christina in 2013. From a private studio Tina designs and hand makes bespoke headpieces that evoke elegance and style.

With her own signature style each piece created is uniquely crafted and finished to the highest standard. Her designs have been worn on the red carpet at the Cannes Film Festival & featured on the largest wedding blog in the world 'Style me Pretty'. They have been worn by many well know Irish celebrities such as Anna Geary ,Celia Holman Lee, Maura Derrane, , Sonya Lennon, Sybil Mulchay & Glenda Gilson. In 2014 she won Milliner of the Year at the Kerry Fashion Designer Awards followed quickly by winning Fashion Designer of the Year at the Tia Maria Style Awards & The Kilkenny Shop Style award.

Tina has accumulated many national and international awards including Top 5 at Palma Hat Week as judged by an international jury and top 20 Designers of the World at Miss World 2018, Sanya China. She has also been invited to showcase her work at London Hat week 2018/19/20.

Nationally Tina's designs have had success with her designs gracing many racecourses. She also has the honour of winning Best Hat at The Hotel Galway Races twice. This success led her not only to be a judge for Best Hat at The G 2019 but to be the first milliner after Philip Tracey to be invited to design a prize hat for The g Hotel Best Hat competition and on the 150th anniversary of the races.

She is proud to be the only milliner in Ireland to be selected by Gok Wan to showcase a collection at his Cork fashion Brunches 2017, 2018. Consultations are by appointment only please feel free contact Tina through any means on site. 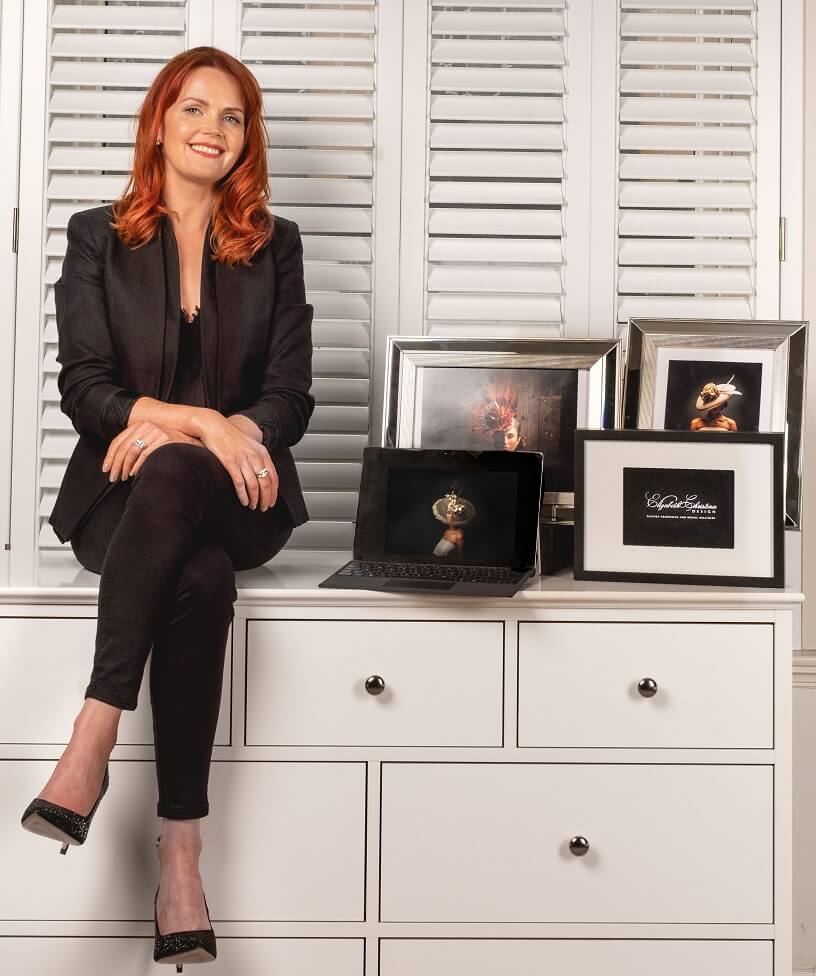